Where in Time Is Carmen Sandiego? 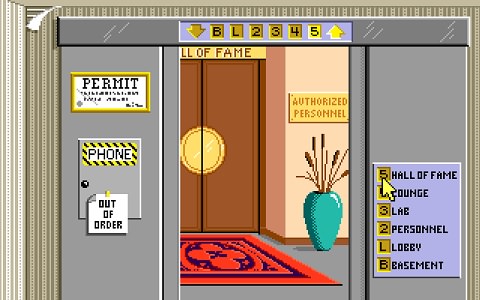 In this episode of the prolific series of games, the head of the international criminal syndicate, Carmen Sandiego, has moved from embezzlement of national treasures to another dimension - temporary. From now on, she and her gang will try to steal something significant, not only across the globe, but also in different historical eras. It would seem that it would be impossible to catch them all, but not for the time-space cadet, whose role you play.

So, armed with a license to use the chronoskimmer, the device on the right side of the screen, the head of the ACME agency instructs you to follow in the footsteps of another criminal, gather evidence, interrogate witnesses, go on his trail and send to the jail. But now, in addition to knowledge of geography, one also needs to know quite a few historical facts - very little attention has been paid to history in past games. There were only twelve countries in the game, but due to the diversity of the epochs of time, it is still not easy to immediately understand from the clues where the fugitives made the next stop. After all, it will not only be about something completely obvious, but also about some historical figures and events that are not studied in the school program. Of course, some characteristic names immediately give themselves out without calling a friend, but I still have to think.

Everything else is at the level of other games in the series of the same time. You can select only a rather early example of the use of VGA graphics with 256 colors and the main menu that reminds more of adventure.

In addition to the diskettes with the manual, the game box contained a rather small volume of the general encyclopedia in order to facilitate the work of the beginner chronodetective. It also served as a copy protection tool — and such a book was difficult to simply scan or reprint. Another feature is that Where in Time is Carmen Sandiego? was republished under Windows as another game, and it was on this idea with time leaps that a gaming TV show was based.